Robin Verheyen first started lessons on the saxophone at the age of 12. He won the prestigious Django d’Or prize at the age of 25. He has called a variety of cities his home (Turnhout, Amsterdam, Paris, New York). One can definitely say that Robin Verheyen has a focused approach to his career.

Born in Turnhout in 1983, Robin Verheyen first studied for three years in Belgium, then two years in the Netherlands, and one year as an honour student (“dean’s list”) at the Manhattan School of Music with Dave Liebman, Steve Slagle, Frank Vaganée, Jasper Blom, Ferdinand Povel, Dick Oatts, and John Ruocco. He ended his musical study with honours in Amsterdam.

In 2005 Verheyen moved to Paris for a year where he played in bands led by Giovanni Falzone, Remi Vignolo, Nelson Veras, and Bruno Angelini. In Paris he met the Finnish pianist Aki Rissanen with whom he’s been working since in their duo and trio with drummer Markku Ounaskari. They recorded a cd together called “Semplice” that was released in 2009 on Alba Records. In 2013 they released the trio album “Aleatoric” on Eclipse Music.

In 2006 Robin Verheyen moved to New York. There he has played and recorded with the Pascal Niggenkemper Trio, as well as the bands of Nicolas Letman-Burtinovic, Dan Loomis, Charnett Moffett, Jesse Stacken, Michael Bates, and more. In 2008 he recorded the cd “Andarta” on Origin Records with Grammy award winner Roy Hargrove and the Roy Assaf/Eddy Khaimovich Quartet.

He also co-leads the band Narcissus with Flin van Hemmen, Clemens van der Feen and Jozef Dumoulin with whom he has released two albums for the label W.E.R.F. since their early beginnings in 2004. 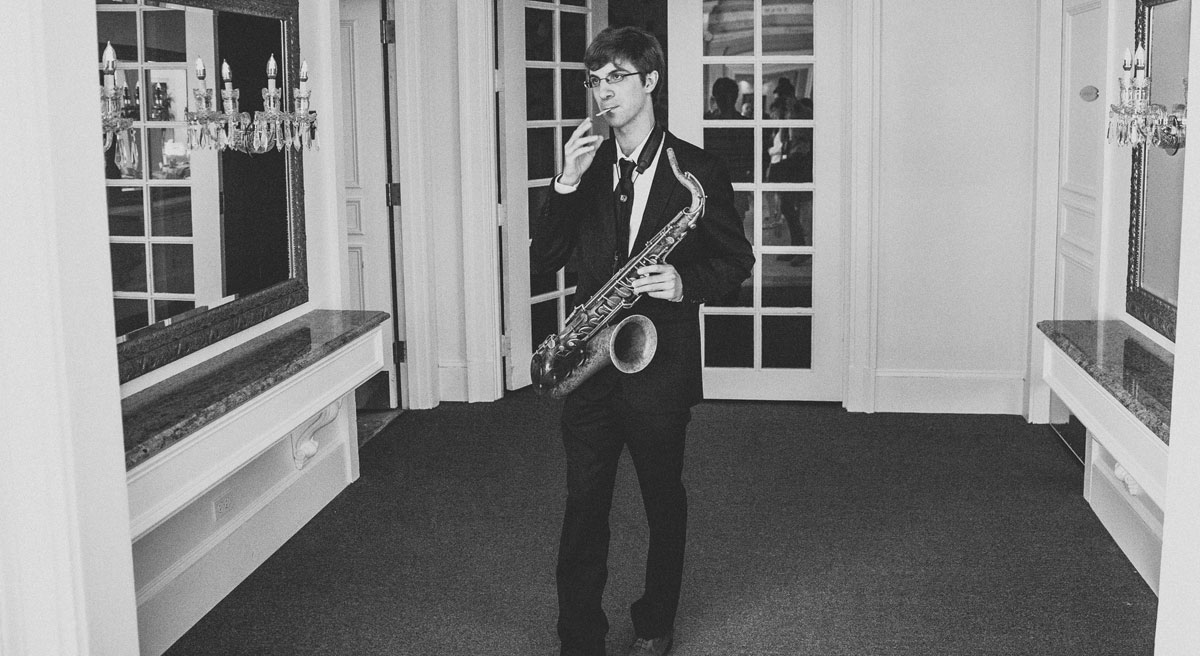 While working as CC de Warande Artist in Residence in his hometown of Turnhout he formed his International quartet with top-level musicians. Playing with Verheyen are the American pianist Bill Carrothers, the Belgian drummer Dré Pallemaerts and the Belgian bassist Nicolas Thys. Their first CD Painting Space was released on the Belgian label W.E.R.F. in 2008. In 2009 there followed Verheyen’s second release, the critically acclaimed “Starbound”, on the Munich-based Pirouet label.

All About Jazz said: “It’s Verheyen’s ability to find every creative possibility within a limited framework that puts Starbound over the top, and adds Verheyen to the list of reasons why jazz in the 21st century will be just fine.”

Jazztimes said about “Starbound”: “Twenty-six-year-old Belgian saxophonist Robin Verheyen displays a masterful command of his horns on his auspicious debut as a leader.”

In May 2009 the French Jazzmagazine declared him one of the top 12 European saxophone players among big names like Pietro Tonolo, Christoph Lauer and Trygve Seim.

In 2012 he released the album “Trinity” with his NY quartet on the label 52 creations. They presented the album at the Jazz Standard in NYC and toured in Europe playing the North Sea Jazz Festival and the Gent Jazz Festival. The current line-up of this group is Russ Johnson on trumpet, Drew Gress on bass and Jeff Davis on drums. In 2013 Robin received a grant by Chamber Music America to write the new work “Beyond Illuminations” for this band. For this piece he traveled to Senegal to immerse himself in the local music scene and brought together West African rhythm with the modernistic harmonies of French composer Olivier Messiaen. This is rather representative of Verheyen’s cross-genre approach to music, something that has become a mainstay in his oeuvre. This work was premiered in September 2014 during a tour of the US. Their new album ‘A Look Beyond’ (Cap Vert Illuminations) has been released on Challenge Records in 2015.

Since 2012 Robin has been working with pianist Marc Copland as a duo and in a quartet with Gary Peacock and Joey Baron. They performed together at the 2013 Jazz Middelheim Festival in Antwerp. A new recording with Marc Copland, Drew Gress and Billy Hart will be released on Jan 26 2018 on Universal. This will be followed by a European Tour in Feb and March.

He also co-leads the band TaxiWars with Belgian singer Tom Barman. They have released two albums on Universal that received critical acclaim in the rock and jazz world. They are currently preparing their third album.

As a composer he received a commission in 2010 by the concert hall De Bijloke in Ghent to write a 50-minute chamber music work. This work featuring Aki Rissanen, Katrien Baerts and the Kryptos Quartet was premiered as part of the Jazz&Sounds Festival in November 2011 and received wide acclaim.The work featured texts and poems by Indian philosopher Krishnamurti and the American poet Henry Wadsworth Longfellow.

In August 2014 Verheyen premiered a new commission for the MA Festival in Bruges. This work was based on music by 14th-century composer Guillaume de Machaut combined with Robin’s jazz and classical influences. It features Robin Verheyen and Russ Johnson as soloists together with woodwinds from the ensemble I Solisti Del Vento and the string quartet Aton&Armide. His most recent commission was the Bach Riddles for the Bach Akademie in Bruges. This piece was premiered in January 2017. This work is based on The Musical Offering by Bach featuring Benoit Delbecq, Clemens van der Feen and Toma Gouband.

Since 2017 Verheyen has been an Artist in Residence for the KMSKA (Museum of Fine Arts in Antwerp). This residency runs for 5 years and the first piece will be premiered in fall of 2018 at the Getty Museum in LA. The piece will feature the Goeyvaerts String Trio and pianist Marc Copland. More info on this project to follow soon.

Verheyen has also been very active as an educator. He has taught master classes at numerous conservatories around the world such as the conservatory of Amsterdam, Lawrence University, The University of Wisconsin, LUCA Jazz School of the Arts and many more, as well as private lessons.

A few years ago, French magazine Jazzman appropriately prophesized, “You don’t know who Robin Verheyen is? That’s going to change!”